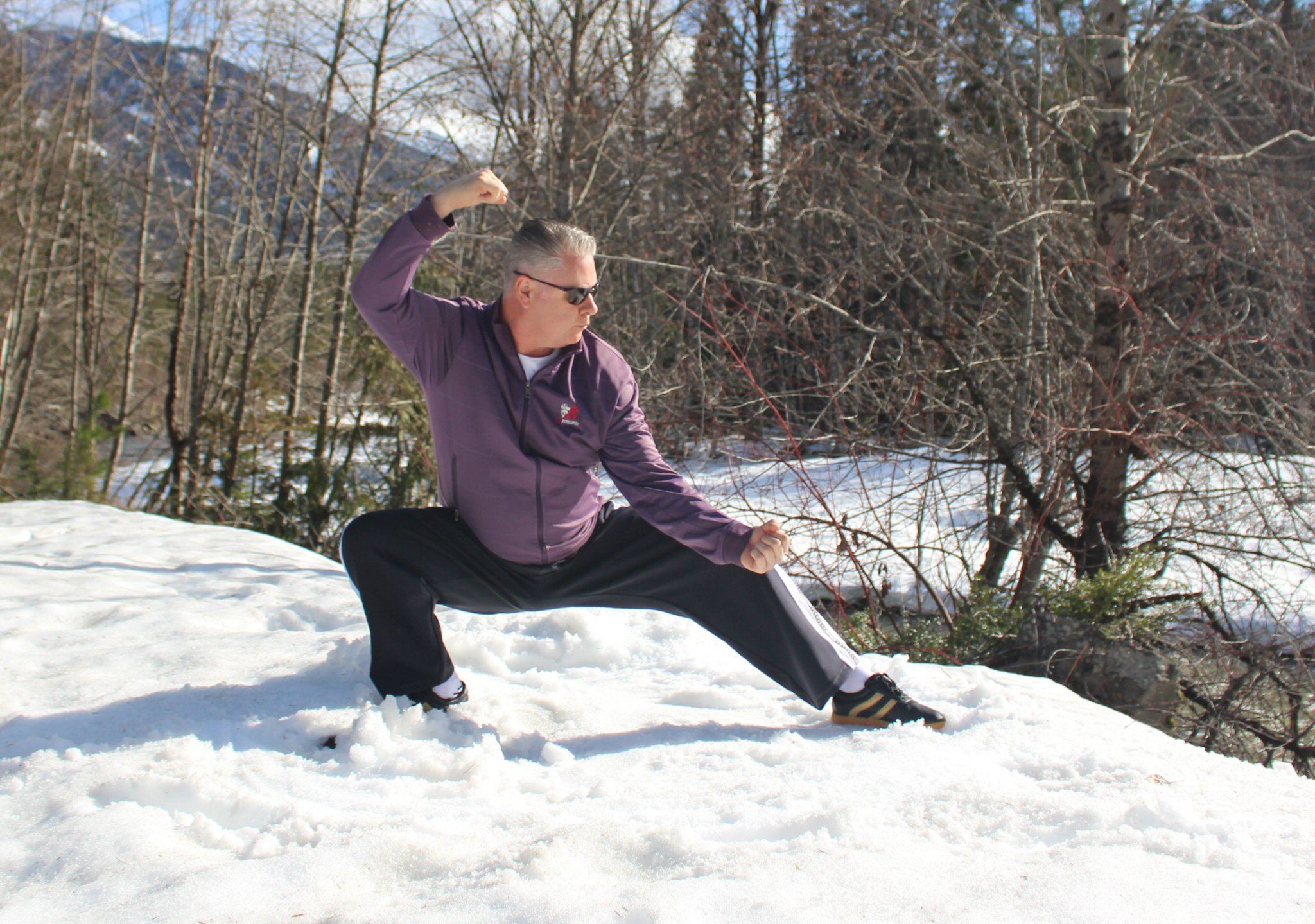 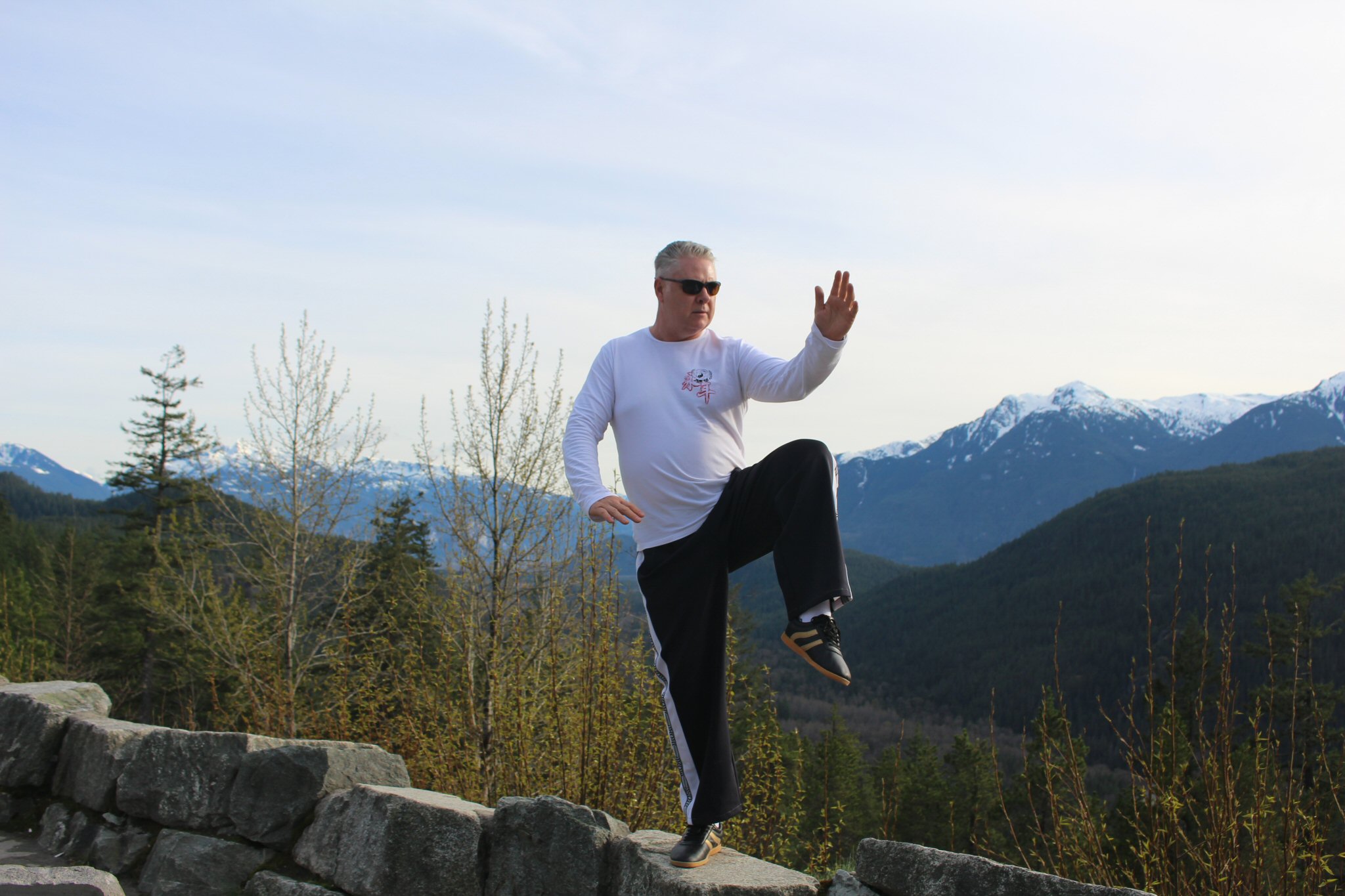 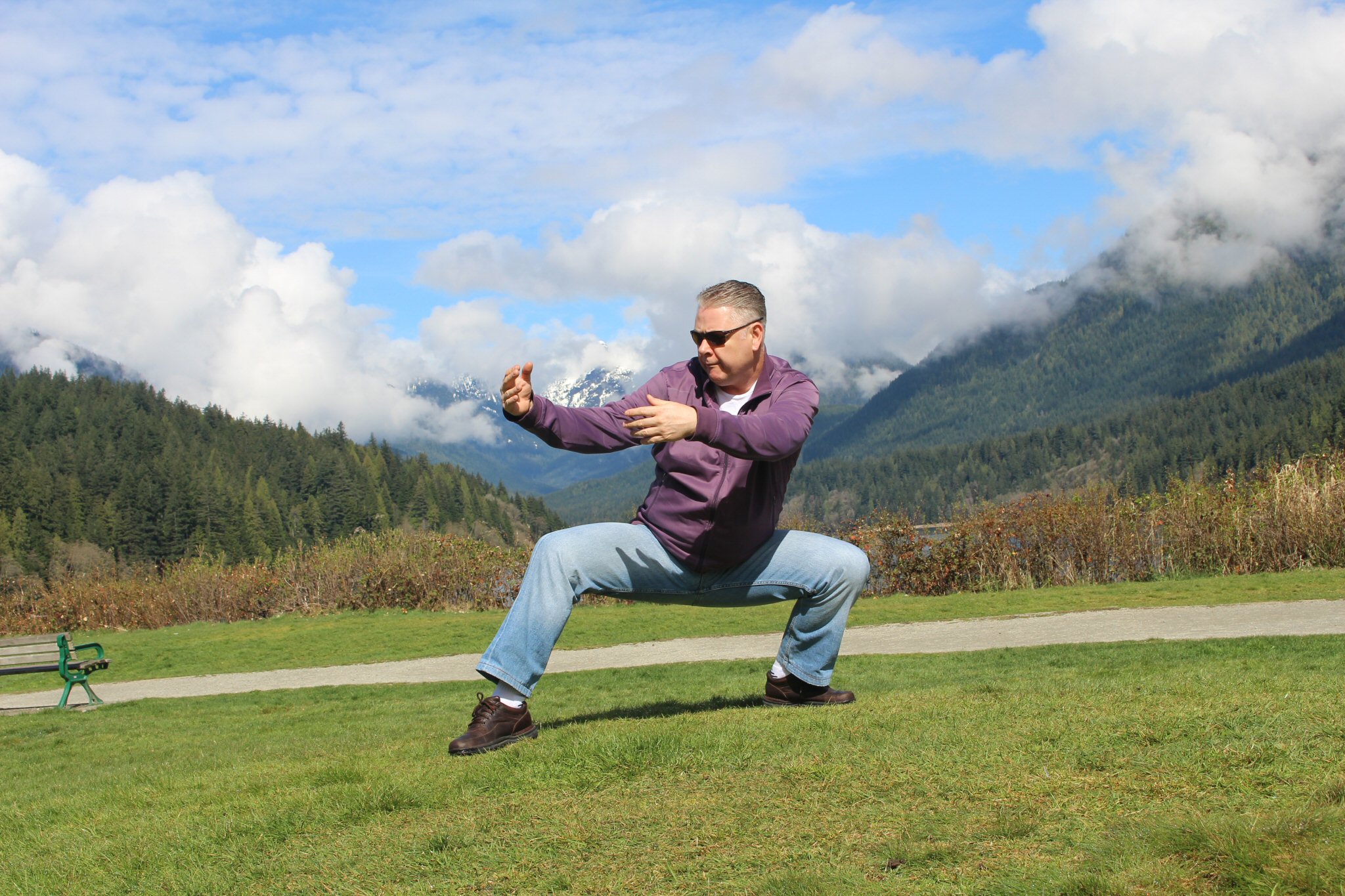 Tai Chi in the snow at Whistler where the winter Olympics* were held.

* The 2010 Winter Olympics, officially known as the XXI Olympic Winter Games and commonly known as Vancouver 2010, informally the 21st Winter Olympics, was an international winter multi-sport event that was held from 12 to 28 February 2010 in Vancouver, British Columbia, Canada, with some events held in the surrounding suburbs of Richmond, West Vancouver and the University Endowment Lands, and in the nearby resort town of Whistler. [Wikipedia]