Chinese martial arts and the Olympics: Analysing the policy of the International Wushu Federation

International Review for the Sociology of Sport

The International Wushu Federation (IWUF) has been striving to get wushu (Chinese martial arts) into the Olympics for over three decades. As these efforts have not been successful to date, a study was set up to identify and evaluate the IWUF’s underlying ‘Olympic policy’ assumptions. A theory-based evaluation approach was used which was based on data collected through 20 semi-structured interviews including senior IWUF officials, coaches, national federation officers and scholars. Findings suggest that the IWUF’s Olympic policy is characterised by a number of implementation and theory failures. Regarding the former is the unequal continental breakdown of board members, overrepresentation of Chinese nationals in specific positions and the use of mostly Chinese social media. And the latter, among other things, relates to simultaneously trying to enrich the cultural diversity of the Olympic programme by introducing a traditional Chinese sport, as well as detraditionalising the sport in an attempt to comply more with Olympic standards and facilitating comparison between performances. Results also showed that different perspectives exist among respondents with regard to China’s dominance in the Olympic policy of the IWUF. It is suggested to use specific policy analysis theories to further investigate this aspect. 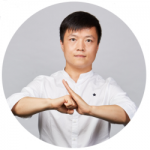 Qingsong Han is a joint doctoral student who studies at the research unit Sport & Society at the Vrije Universiteit Brussel and the Chinese Wushu College at the Shanghai University of Sport. He obtained his Master degree in Ethnic Traditional Sports at Henan University in China. In his doctoral research, he focuses on wushu internationalization policy by analyzing policy discourses and policy theory. Prof. dr. Marc Theeboom is the promotor of his research. 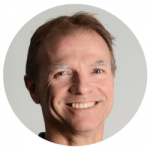 His research primarily focuses on educational and policy-related aspects of (youth) sport in general and specific target groups in particular (e.g., socially deprived youth, ethnic minorities, elderly). He has a special interest in the analysis and evaluation of ‘sport development’ programmes in which sport is regarded as a social instrument and a means of community development (‘sport-plus’). A number of his research projects related to the analysis of specific aspects of a community sport stimulation programmes in various parts of Flanders. He is promoter of a number of doctoral studies with regard to the social value of sport.

Since the beginning of 2012, Marc is the promotor-coordinator of the Flemish Policy Research Centre for Sport including researchers from the Universities of Brussels, Ghent and Louvain. He has also become involved in collaborative work with a growing number of partners abroad (e.g., UK, the Netherlands, China, United States, UK, Finland, Norway, Australia). Contacts have also resulted in invitations to act as a chair, presenter or co-organiser during international meetings, conferences and working groups on the topic of sport and social integration.

To date, Marc Theeboom has authored and (co)authored more than 20 books (mostly in English or Dutch) and he has also an extensive number of peer reviewed articles, chapters in books or proceedings as well as presentations during international scientific meetings on this topic. 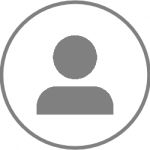 Shanghai, China
« Group-based Tai Chi as therapy for alleviating experiences of social death in people with advanced, incurable disease: an ethnographic study » Tai-Chi and Baduanjin during treatment and rehabilitation of older adults with COVID‑19