Within the Chinese national sport system, the government provides resources and funding to train athletes from a young age to become high-performance competitors. Though athletes are well supported to excel in their sport, during their years of intense physical training, athletes generally receive little to no formal education to prepare them for life outside of sport. The sacrifice of forgoing formal education to compete in elite level sport is not uncommon for athletes within centralized sporting systems and has been widely documented; however, there is little research that focuses on the impact of the team’s educational systems from the perspective of the athletes. To add to the growing body of research in this area, the authors utilized in-depth interviews to examine professional wushu athletes’ education experiences whilst training on their team. Thematic analysis of the findings revealed that athletes who committed themselves to sport training in the Chinese national system had to negotiate a number of factors related to time, motivation, social influences, and resources when it came to education and academia. Findings highlight the ways in which these athletes experience and come to terms with limited academic opportunities, preparation and support from their team and the training environment. 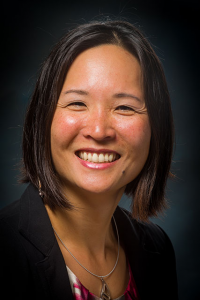 Dr. Jessica Chin serves as the research and core specialist for SJSU’s Department of Kinesiology and is engaged in both the undergraduate and graduate programs. Dr. Chin is an active member of the Western Society for the Physical Education of College Women (WSPECW), the International Sociology of Sport Association (ISSA), and the North American Society for the Sociology of Sport (NASSS), regularly presenting her research at their annual conferences. She is the Chair of the NASSS Elections Committee and has also served on the NASSS Diversity and Conference Climate Committee (DCCC) and the Environmental Impact Committee. Dr. Chin was elected as Chair of the Committee to Enhance Equity and Diversity (CEED) in the College of Applied Sciences and Arts (CASA) from 2010-2014 and was also an academic consultant to the Bay Area Physical Education-Health Program (Bay PE-HP).

With a strong desire to include students in work that promotes diversity and social justice, Dr. Chin has mentored and advised students in various capacities. As an example, she leads and advises RePlay, a nonprofit, student-based group that seeks to benefit and initiate positive change in local communities and educational institutions. Following the core principles of promoting social justice and a green lifestyle, RePlay collects used sporting goods and equipment, which they refurbish and distribute at events specially organized for underserved community groups. RePlay has organized events and made significant donations to foster children, homeless shelters, underfunded physical education programs, and summer camps. Dr. Chin is passionate about physical activity and remains an advocate for underserved and underrepresented populations through her teaching, research, and community service. 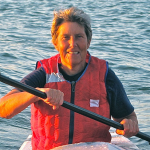 Shirley Reekie received an undergraduate degree from I.M. Marsh College of Physical Education, Liverpool, and the University of Liverpool, UK and a master’s degree from the University of Leeds. Following three years teaching physical education, English and geography at Keswick School, Shirley earned a Ph.D. from The Ohio State University with a dissertation entitled “A History of Sport and Recreation for Women in Great Britain 1700-1850.” Shirley came to San Jose State University in 1982 and had one book “Sailing Made Simple,” published in 1986, and another “Bean Bags to Bod Pods” that chronicles the Kinesiology Department’s 150 years, published in 2012.  She has recently been commissioned to write a history of Trearddur Bay Sailing Club, founded in 1919.