No panacea? Tai Chi enhances motoric but not executive functioning in a normal ageing population

Aging, Neuropsychology, and Cognition
A Journal on Normal and Dysfunctional Development
(August 2020)

Tai Chi Chuan (TCC) is a promising intervention against age-related decline. Though previous studies have shown benefits in motoric and cognitive domains, it is unclear how these effects are functionally related. Therefore, a randomized controlled trial was conducted in an ageing population (53–85). Two measures of motor functioning – motor speed and functional balance – and three cognitive control measures – shifting, updating and inhibition – were included. The TCC condition consisted of an online 10 week 20 lessons video program of increasing level and control condition of educational videos of similar length and frequency. All analyses were done with Bayesian statistics. Counter to expectation no differences were found in cognition between TCC and control pre-to-posttest. However, there was extreme evidence for TCC benefits on functional balance and moderate evidence for increased motoric speed. After weighing the evidence and limitations of the intervention we conclude that TCC does not enhance cognitive control.

Ageing is affecting societies worldwide. The average life expectancy at birth has increased by 6.2 years from 1990 to 2013 (Murray et al., 2015): in the following decades it is expected that the world population of people aged 65 and over will have more than doubled (He et al., 2016). One of the phenomena related to aging is individual functional decline, both in a physical and a cognitive sense, which has negative consequences both for the individual and society as a whole. Pathological aging conditions such as Alzheimer’s disease are a large individual and societal burden. But even normal age-related cognitive decline and loss of mobility have far reaching consequences, such as on quality of life, which has received increasing attention (Hoang et al., 2020). In the current study, it is tested whether older adults performing a series of 20 Tai Chi Chuan exercise sessions improve their control of motor and cognition function relative to a control condition. 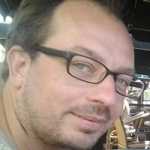 Roderik J.S. Gerritsen is currently doing research in age-related cognitive decline and different types of cognitive enhancement. He is specifically interested in meditation or mindfulness interventions within a large study among elderly citizens in the city of Leiden. He studies different styles of meditation that may combat age-related cognitive decline and effects of these practices on attention and executive control processes, neurobiological mechanisms and implicated genetic markers. Other research interests include but are not restricted to: cognitive science of religion, creativity, consciousness, evolution, cultural differences and behavioural economics. 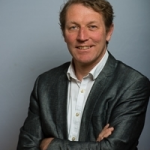 Guido P.H Band obtained his master degree (1992) and PhD (1997) in developmental psychology and psychophysiology at University of Amsterdam, where he focused on response inhibition. Since 1997 he has studied performance monitoring, cognitive control, dual-task performance, and more recently various forms of cognitive enhancement. As of 2009, he is an associate professor at Leiden University, The Netherlands.
« Practising Bodily Attention, Cultivating Bodily Awareness – a Phenomenological Exploration of Tai Chi Practices » Qigong, Philosophical Reading, and the Cultivation of Attention: Chinese Contemplative Body Practices and Slow Philosophy