Objective: This review article aims to explore current opinions on Qigong-induced mental disorders, an entity which is unfamiliar to Western psychiatrists.

Method: Relevant literature published in Chinese and English is reviewed. Results: The review is divided into three sections: first, there is brief consideration of the historical development of Qigong in traditional Chinese medicine and its role in psychiatry; second, there is a review of the literature published on Qigong deviations and Qigong-induced mental disorders; and third, there is a discussion on the aetiological role ofQigong in these conditions.

Conclusions: Qigong remained veiled in secrecy and available only to the elite until the early 1980s. Despite the widespread use of Qigong, there is a conspicuous lack of controlled data regarding its effects on mental health. Qigong, when practised inappropriately, may induce abnormal psychosomatic responses and even mental disorders. However, the ties between Qigong and mental disorders are manifold, and a causal relationship is difficult to establish. Many so-called ‘Qigong-induced psychoses’ may be more appropriately labelled ‘Qigong-precipitated psychoses’, where the practice of Qigong acts as a stressor in vulnerable individuals. 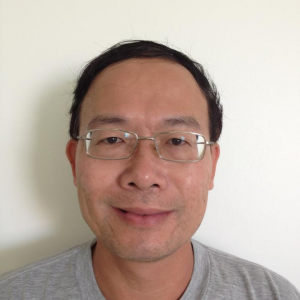 Ng Beng-Yeong obtained his medical qualification from the National University of Singapore in 1988. Ever since his stint in military service in 1990 he has been actively involved in psychiatric work. He underwent further psychiatric training at Woodbridge Hospital and the National University Hospital. In 1994 he obtained the Masters of Medicine (Psychiatry) degree and became the first recipient of the prestigious Singapore Psychiatric Association Book Prize. For his extensive research on dissociative disorder in Singapore, he was awarded the Institute of Mental Health Best Free Paper award in 1996 and the Singapore Psychiatric Association Research Prize in 1997. From February 1999 to February 2000 he was attached to the Institute of Psychiatry and Maudsley Hospital, London, where he gained training in neuropsychiatry and psychiatric aspects of HIV. He is the author of “Till The Break of Day”, a well-known historical account of mental health services in Singapore in the period from 1841 to 1993. He is currently working at Singapore General Hospital. 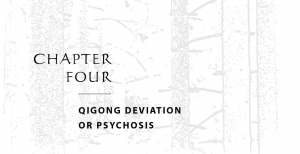 “Shortly after the meteoric rise of qigong practice, individuals began to trickle into traditional medical clinics and biomedical hospitals reporting unusual sensations. Ironically, during the height of the fever some individuals practicing qigong began to experience worrisome bouts of vertigo, uncontrollable qi energy, or disturbing visions. As the popularity of qigong spread in urban centres and rural townships through the media and traveling masters, a related phenomenon began to take place in the psychiatric clinics…