The Grandmaster of Snow: Martial Arts, Particle Systems and the Animist Cinema

By looking at selected sequences from Wong Kar-wai’s 2013 The Grandmaster in which characters, especially Gong Er (played by Zhang Ziyi), interact with the ubiquitous falling snow created by particle systems, this essay argues that the film’s effects work visualizes the invisible flow of energy in traditions of Chinese visual culture, medicine and martial arts – all prominent or related motifs in the film’s narrative. Moreover, such energy gets to be envisaged because of the very medium of the particle system, with its ideology closely related to a worldview based on animism and animation. Growing out of Wong’s use of visual effects – specific to the cultural-historical context of the film – and the animist concept behind its technology, I offer a relational perspective for contemporary studies of visual effects to conceptualize the interactions between martial arts actions performed in front of the camera and digital work in the postproduction stage. 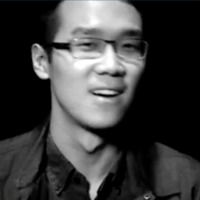 Pao-chen Tang studies in the joint doctoral program of Cinema and Media Studies and East Asian Languages and Civilizations at the University of Chicago. His research revolves around nonhuman entities in the cinema, especially landscapes and animals. His essay on dogs (and hot dogs) in early cinema received the 2015 Domitor Student Award and was published in Early Popular Visual Culture.