Wong Fei-hung was a Cantonese martial arts master from southern China who became associated with a melody called ‘General’s Ode’. Since the 1950s, over 100 Hong Kong movies and television shows have forged the link by using this melody as Master Wong’s theme. During fieldwork in a Chinese Canadian kung fu club, I observed several consultants claiming this piece as a Cantonese national anthem—a hymn for a nation without a sovereign state. Virtual ethnography conducted online showed that this opinion is held more widely, but that the piece also inspires broader Chinese nationalist sentiment. My analysis of speech-tone relationships to melodic contour in Cantonese and Mandarin versions of the song, however, has revealed a tight integration with the former that the latter lacked. By sharpening Anderson’s concept of unisonance, I explore how this song has become an unofficial transnational anthem for Cantonese people, arguing that Master Wong’s theme auralises an abstract sense of imagined community. 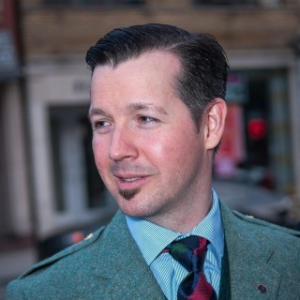 Colin McGuire is an Irish Research Council Postdoctoral Fellow in the Department of Music at University College Cork, Ireland. He holds a PhD in Ethnomusicology from York University and a Graduate Diploma in Asian Studies from the York Centre for Asian Research, both located in Toronto, Canada. His work looks at music and martial arts, with a current focus on Chinese kung fu, examining heroic display and somaesthetic meaning. Through investigations of intertextuality, resistance, transmission, diaspora, transnation, community and identity, McGuire contributes to broader discussions of embodied being-in-the-world.

« The Wushu action design based on computer three-dimensional auxiliary system » Australian Participation Rates in Tai Chi Chuan and Qigong: Where is Everyone?